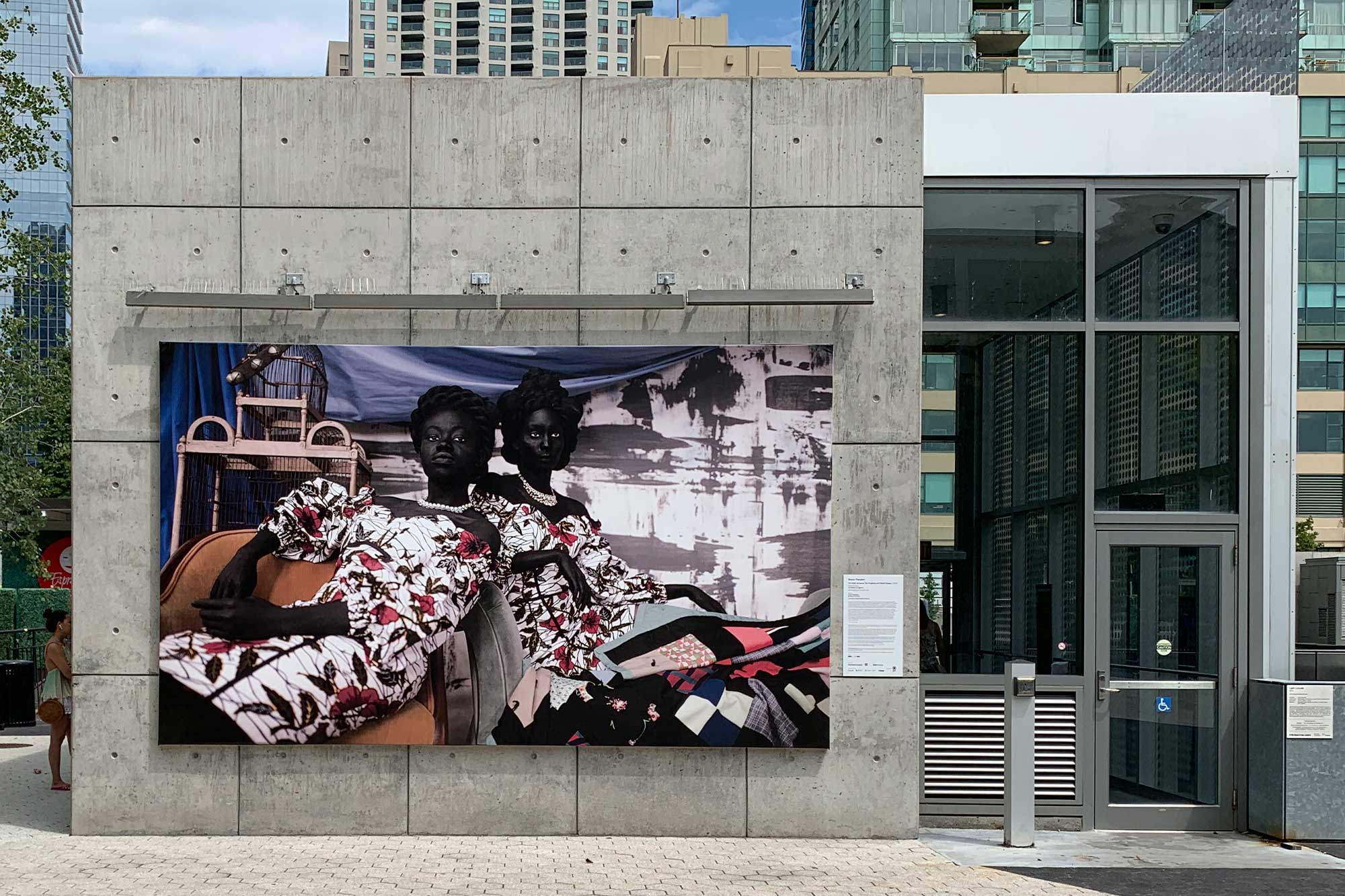 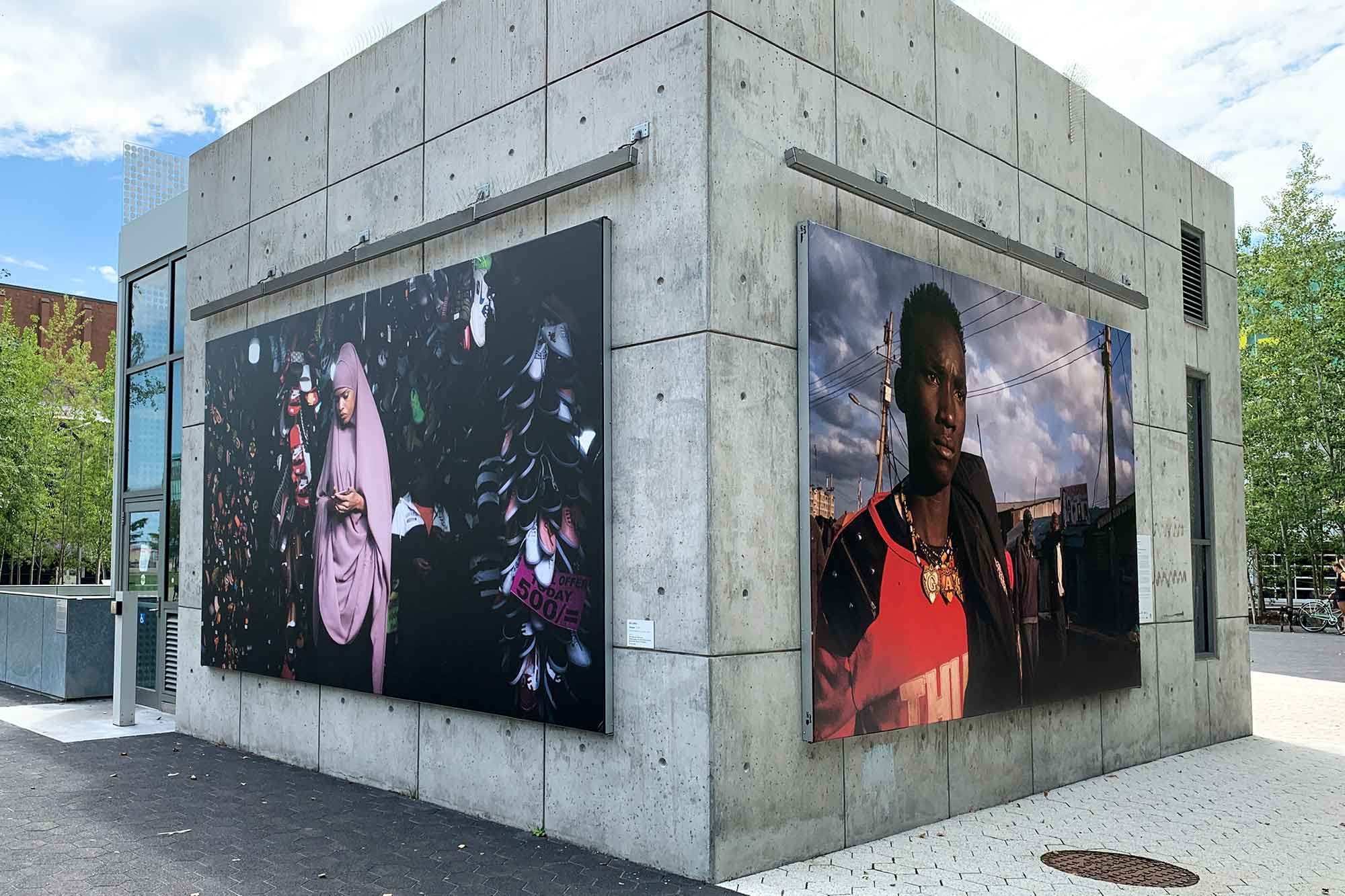 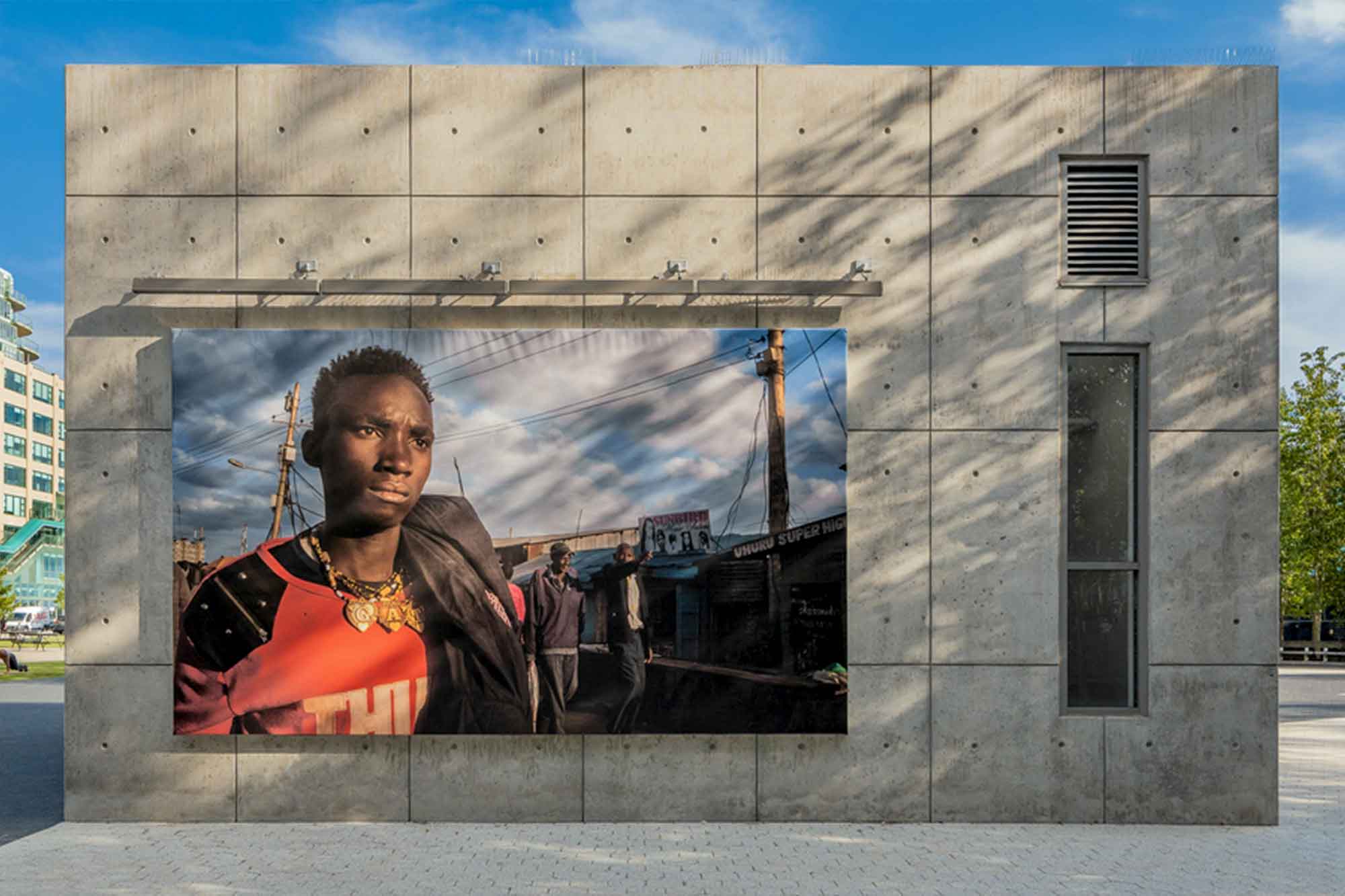 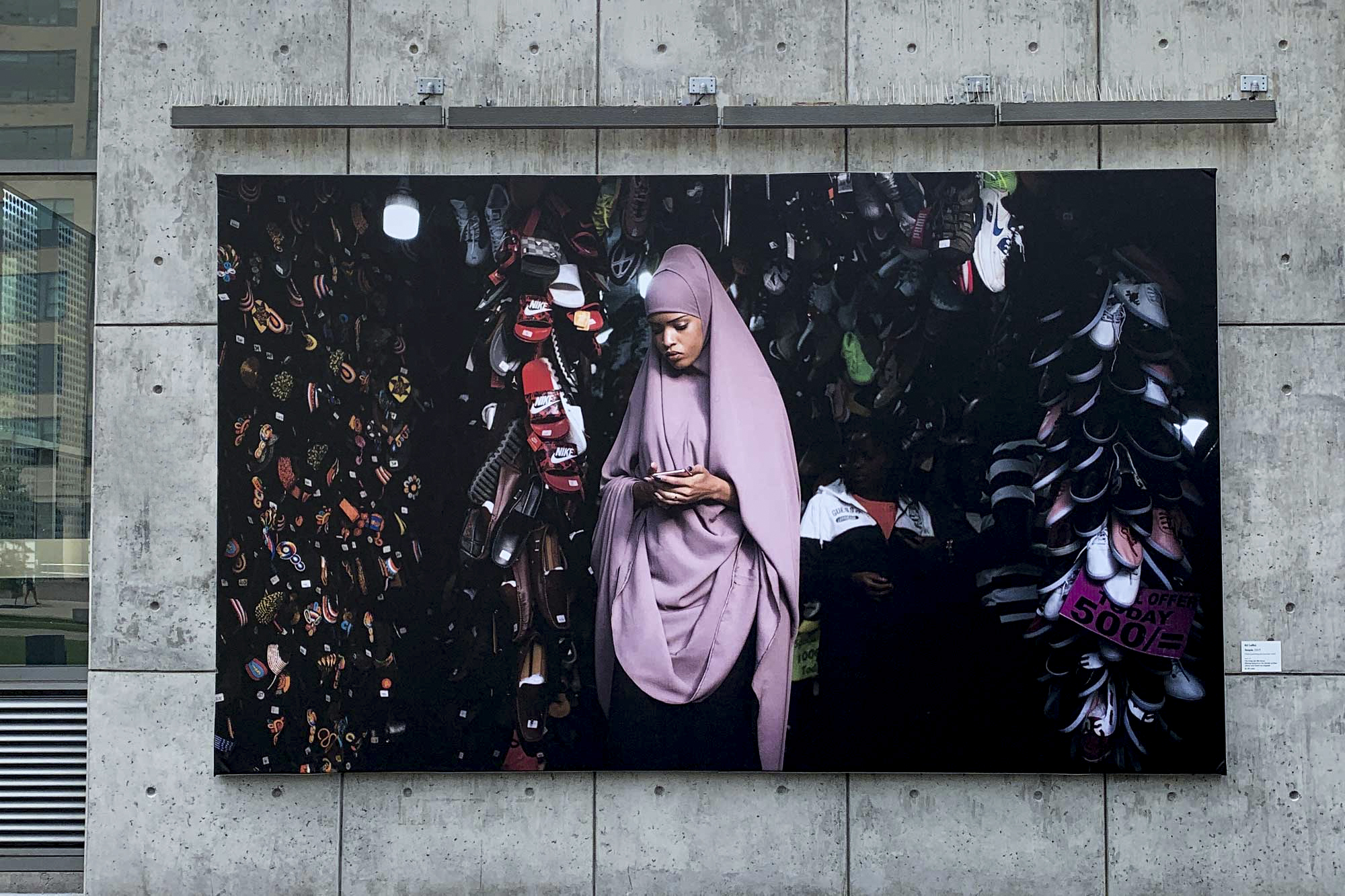 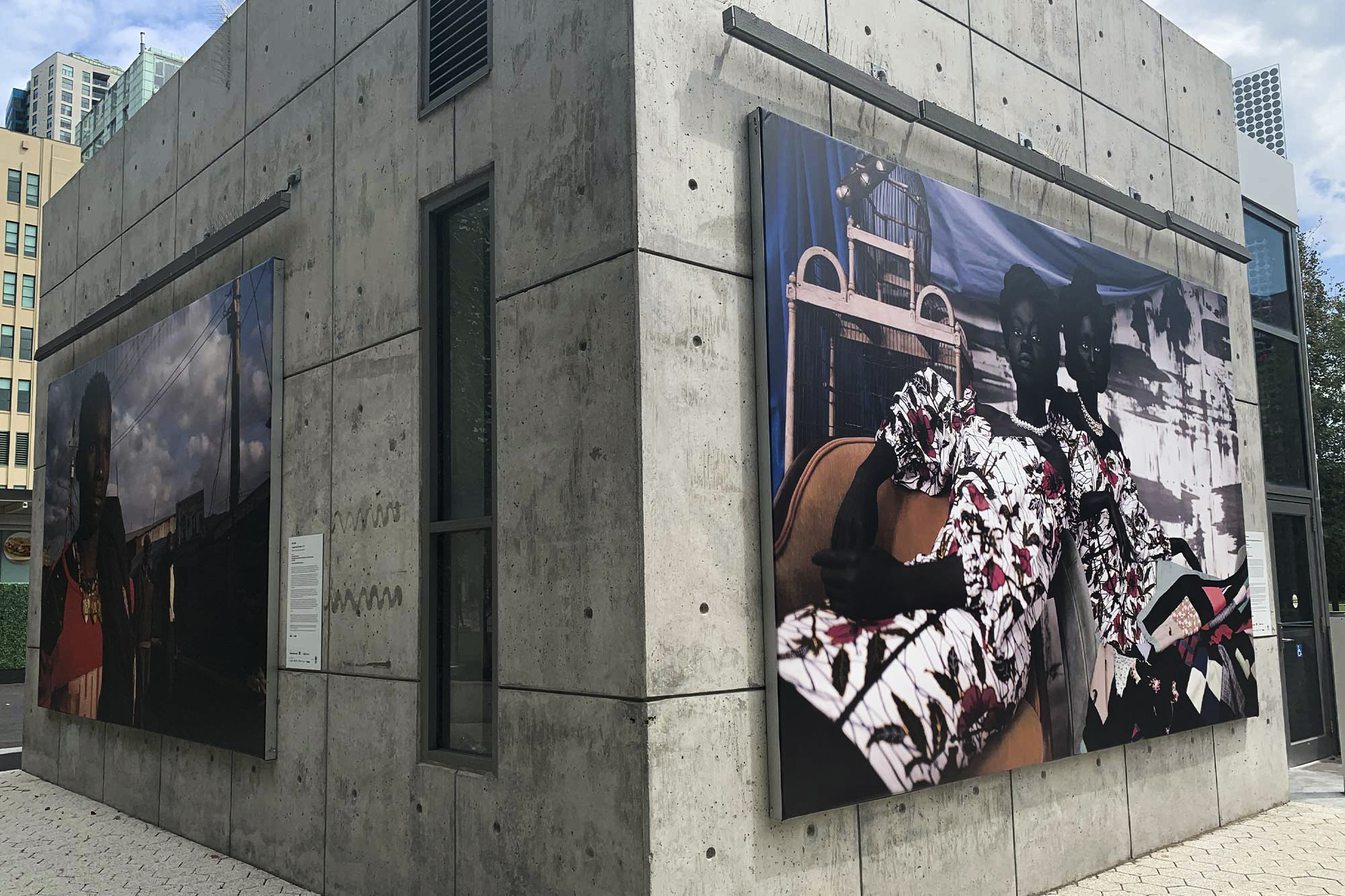 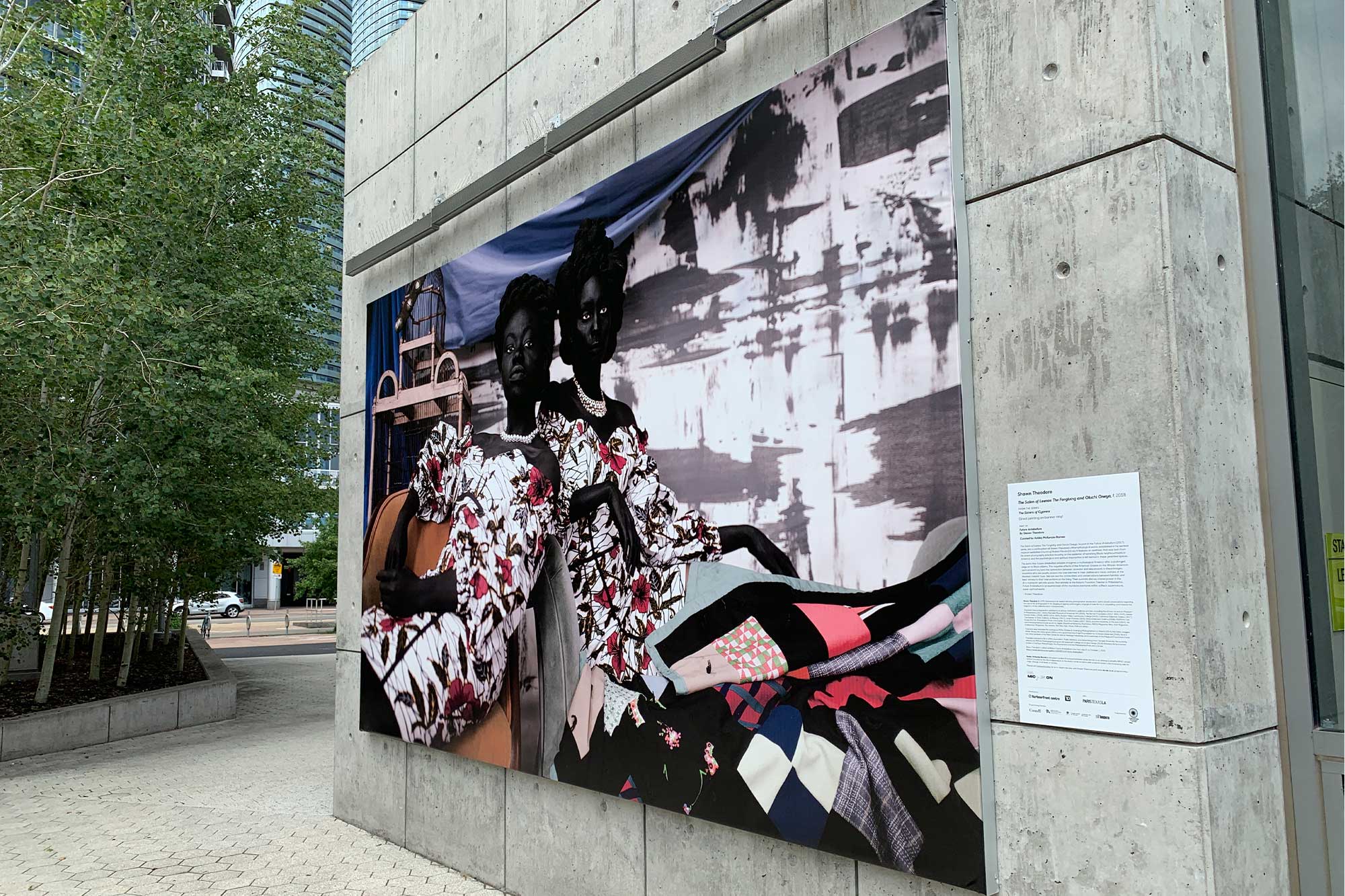 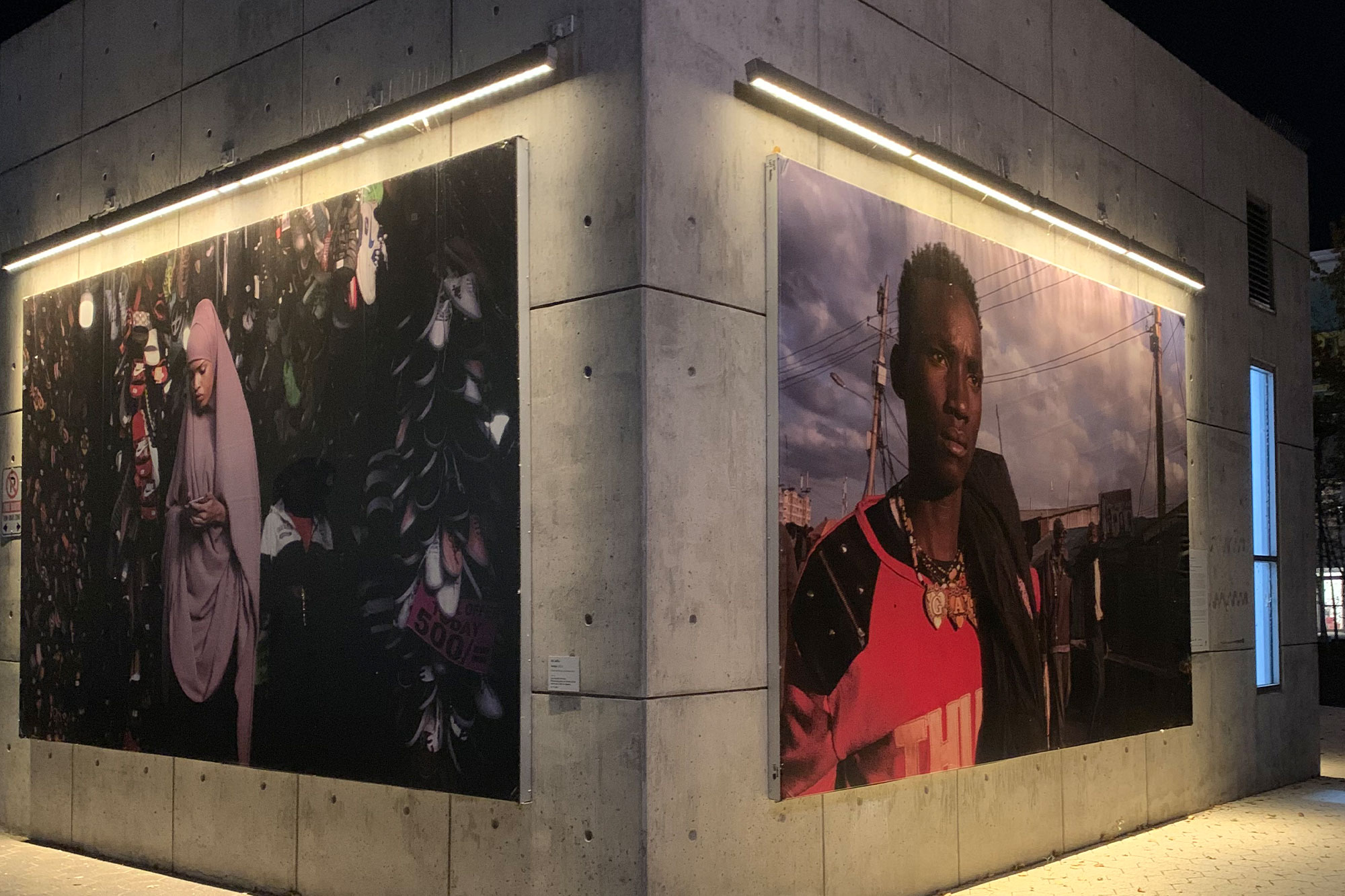 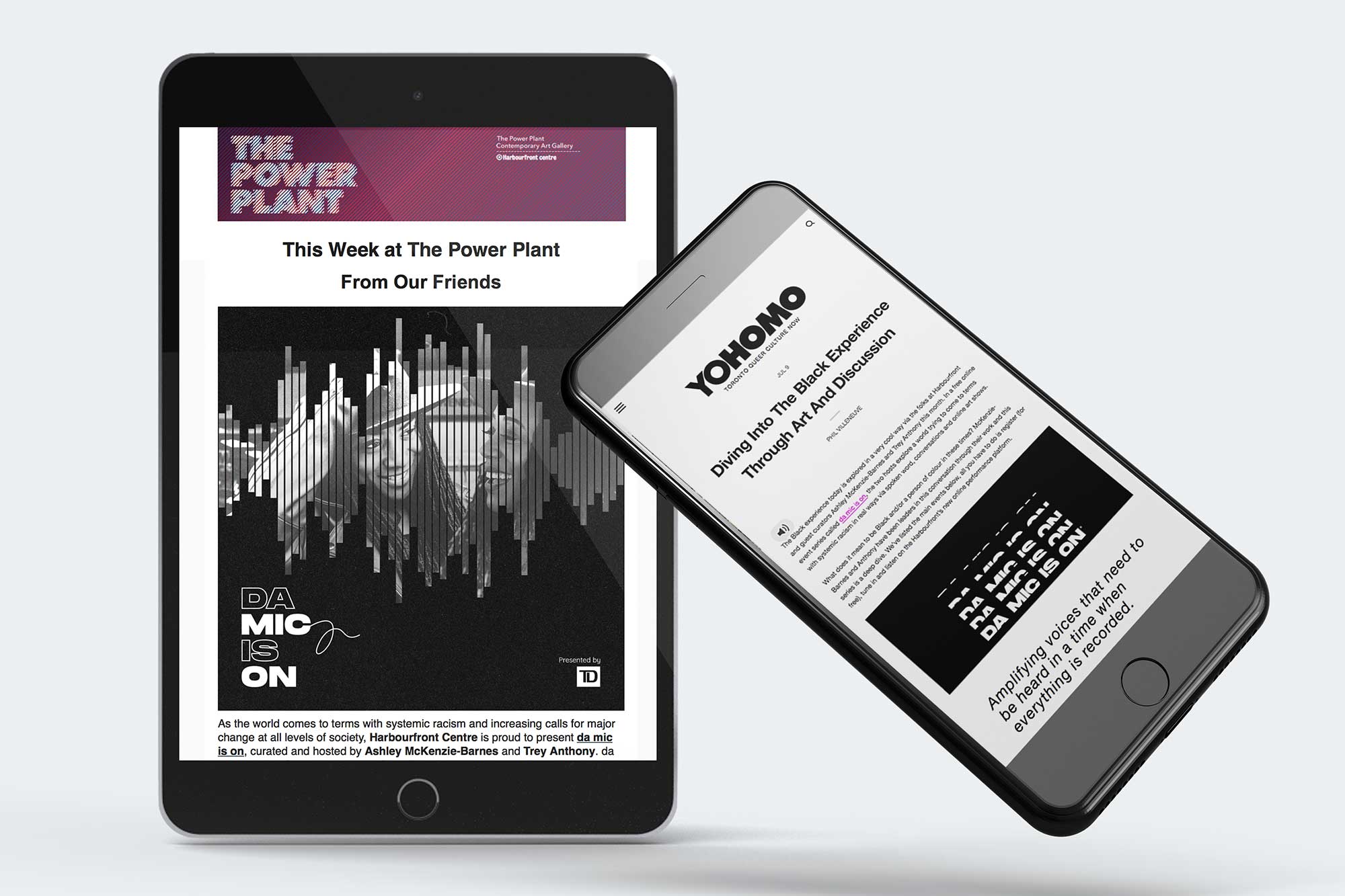 As the world comes to terms with systemic racism and increasing calls for major change at all levels of society, Harbourfront Centre is proud to present da mic is on!, curated and hosted by Ashley McKenzie-Barnes and Trey Anthony. da mic is on! is ​a free online series of candid conversations, comedy, spoken word and art focused on the Black experience, including discussions of love and pride, the use of new and emerging platforms in activism, and what it means to raise Black sons in these times.

This exhibition is a continuation of da mic is on!, a month-long series of talks around topics of race, identity, relationships, allyship, contemporary art and more curated and hosted by Ashley McKenzie-Barnes and Trey Anthony.

Theodore’s The Salon of Leenos The Forgiving and Oluchi Oneya, I (2018) is part of Future Antebellum, a continuation of Theodore’s Afromythological works, established in his seminal museum exhibition Church of Broken Pieces (2016).

Ali LeRoi
LeRoi is best known as the co-creator of the Chris Rock sitcom Everybody Hates Chris. As a photographer, LeRoi is an avid documentarian, threading his lens through large bodies of people in celebration and protest, and he is drawn to the beauty of the quotidian moments of the individual.

His works Coupe Round My Neck and Temple (2019), part of The Only Life We Know: Photography from the Streets of East Africa and South Los Angeles, reflects on life and loss, the daily highs and lows and how we manage the circumstances that we live in.

Future Antebellum (2017) is a continuation of Shawn Theodore’s Afromythological works, established in his seminal museum exhibition Church of Broken Pieces (2016). Theodore’s unique aesthetic is derived from his street photography practice, which focuses on the epidemic of vanishing Black neighbourhoods in America, specifically the psychological and spiritual trauma that is left behind in these gentrified spaces.