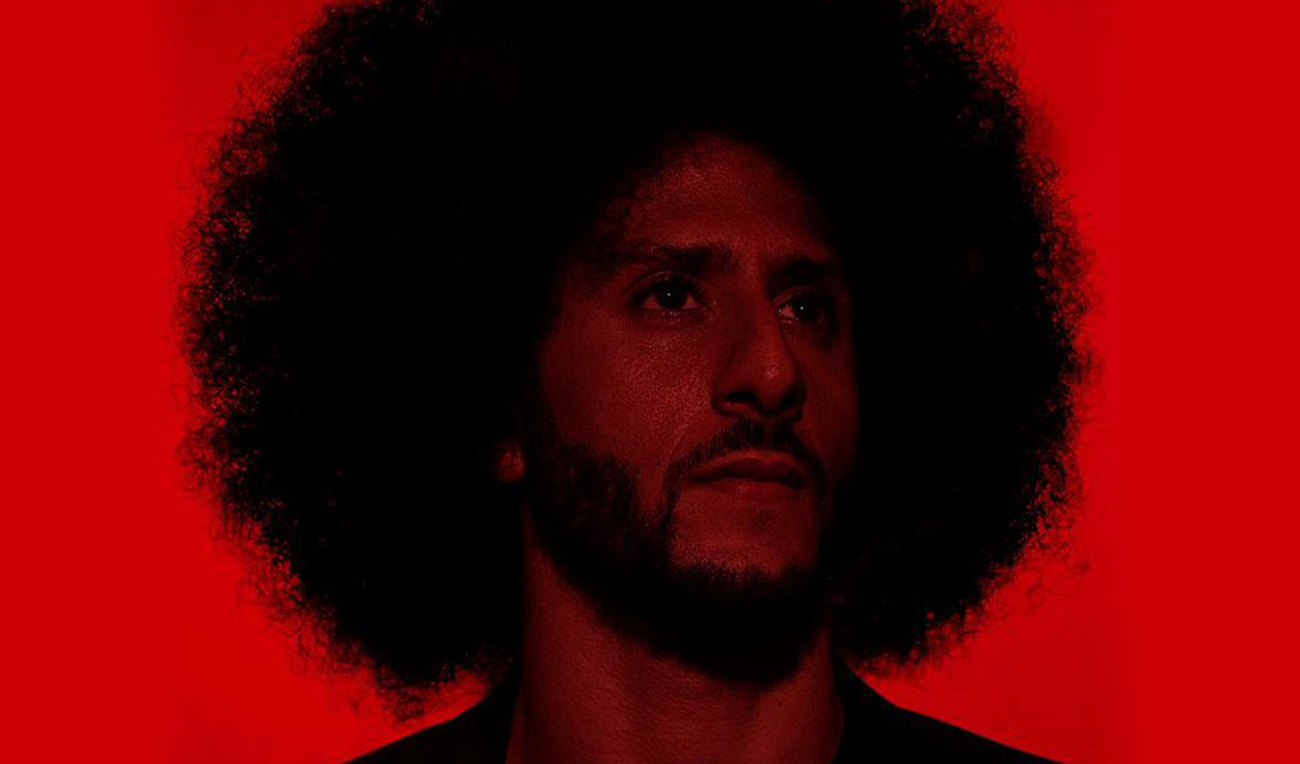 Toronto, ON (December 4, 2019) – Toronto’s longest running Black History Month festival, Harbourfront Centre’s KUUMBA, marks 25 years of celebrating the heritage, culture and traditions of black Canadians with a series of talks, workshops, events and performances throughout February. The 2020 festival is curated by curator, creative director and part-time professor Ashley McKenzie-Barnes, who most recently spearheaded Nuit Blanche in Scarborough and is responsible for introducing internationally acclaimed projects and artists to new audiences in Toronto (TED Prize winner JR’s Inside Out Project, Mr. Cartoon, Vince Fraser).  As one of Toronto’s foremost contemporary arts festivals, this year’s silver anniversary theme is A Silver Lining: examining the past through cultural expression, ritual and memorabilia, while re-envisioning our identities through art, culture and education.

“With KUUMBA’s 25th anniversary, we took a silver-lining approach representative of a Jubilee,” said KUUMBA curator Ashley McKenzie-Barnes. “Silver is a radiant, mirroring element that forces us to look into our own reflection and resurface a deep wisdom that can bring forth an understanding of our ancestry and history. The use of silver is traditional in its meaning but also modern, resistant and vibrant in its form. The same composition is emulated throughout Kuumba 25”

KUUMBA, which takes its name from the Swahili word for “creativity,” aims to strengthen Toronto’s Black community by connecting voices beyond borders. Highlights of the festival include Toronto artist Ekow Nimako who will premiere eight new artworks using 50,000 pieces of LEGO®; and a two-day design workshop led by D’Wayne Edwards, one of the first black designers in the business and one of the most in-demand footwear designers among the industry’s top brands and celebrities;  a Canadian debut public art installation of Colin Kaeperknick’s Know Your Rights Camp; a movement masterclass and Canadian debut stage performance combining art and activism, by dance duo Jon Boogz and Lil Buck of Movement Art Is; the return of Trey Anthony’s A Black Girl In Love (With Herself) and new line-up of comedians in Dat Gyal Funny and many more inspiring performances, family activities, workshops and art displays celebrating black history, culture and identities.

In Ascension Tech, Toronto-based photographic artist Yung Yemi creates an afro-futurist world populated with compelling and unique characters aimed to showcase the power of embracing one’s own history by shining a spotlight on ancient symbols and narratives that have been systematically altered and withheld from black communities. Yemi’s artwork has been exhibited in Canada and the United States and he has collaborated with brands including the Toronto Raptors, Instagram and Uninterrupted.

February 16 & 17, 2020 (FREE with registration)
D’Wayne Edwards, founder of PENSOLE Academy, the preeminent footwear design school in the world, will lead a sneaker design workshop for beginner to advanced students, sharing tips and tricks gleaned from his impressive 30-year career as a footwear designer. D’Wayne has received numerous design awards throughout his career; voted one of Fast Company’s 100 Most Creative People in Business; accumulated and owned more than 40 patents and designed more than 500 styles for premier athletes such as Derek Jeter, Carmelo Anthony and Michael Jordan. PENSOLE Academy has partnerships with the industry’s top footwear brands and retailers, placing more than 275 graduates with global brands such as Nike, Under Armour, Adidas, New Balance, Timberland, JORDAN, and more.

December 10, 2019 – June 7, 2020 (FREE)
Black Diamond, a commissioned mural from Jamaican artist Krystal Ball to commemorate KUUMBA25, explores the past through the use of patterns on a path to represent pre-colonialism, slavery, segregation and freedom. A female figure is shown in the centre, and she is outlined by and reflects silver outwards to represent strength, beauty and resistance.

Movement Art Is co-founders Jon Boogz and Lil Buck lead the audience through an in-depth look at the development and creation of select, signature short films that embody the mission and vision of their organization: to use movement artistry to inspire and change the world while elevating the artistic, educational, and social impact of dance. Through movement art films, workshops, performances and exhibitions, Movement Art Is is resetting the spectrum of what dance is.

Harbourfont Centre’s Natrel Pond transforms in the winter into a skating rink with the best views and DJs.  One of the most popular nights of the season returns for the opening night of KUUMBA25 with Vaughan and Ace Dillinger (Feb. 1), Soca On Ice featuring Jay De Soca Prince (Feb. 8) who has been instrumental in populating the Soca music genre in Toronto and around the world.  On Feb. 15, DJ Gunz’n’Rozez (Tasha Rozez) entertains on the turntable, showcasing why she is the world’s first ever female reggae sound-clash champion.

Friday, February 7, 2020, 8 – 10 p.m. ($35-45)
Award-winning playwright, executive producer, actor, creator, and stand‐up comedian Trey Anthony presents an uncensored night of true sisterhood and support that tackles the “taboo” topics of miscarriage, infertility, fibroids and of course, black women and therapy. A Black Girl in Love (With Herself)delves right in and asks the forbidden questions around motherhood, such as Do you regret having kids? Are you a good mom? And what do you do when the one glass of wine isn’t enough to deal with your life! The show will have a resourceful, fun, engaging expert panelists and real moms sharing their lives.

The show that took Toronto by storm is back by popular demand with a new line-up of hilarious women. Dat Gyal Funny is a night of pure belly laughs featuring some of the best women-of-colour comedians, hosted and produced by Trey Anthony, with special guests soon to be announced.

T.W.O.S: The Welcoming of Synergies is athoughtfully curated night of dance paired with accompanying genres to produce a night of synergetic performances. Headlined by Jon Boogz and Lil Buck of Movement Art Is, the event will showcase a range of Canadian dance artists and end with a presentation of ‘ISMS’ by Movement Art Is, marking their debut stage performance in Canada.

February 12- 15, 2020, 7:30 – 9:30 p.m. ($15)
Crossfield House Productions presents an excerpt from its new theatre piece in development 1994, a story of two friends navigating their complex friendship and drawing on the feelings of the music that keep their bond alive. The production company will also present  a screening of its first feature length film, A Little White Lie, about a successful tech CEO, Michael Myers (Troy Crossfield), whose lies and struggles with identity become too much as he is about to lose his mother to cancer and his dark secret comes out.

Harbourfront Centre is a leading international centre for contemporary arts, culture, and ideas, offering cultural, educational and recreational programming year-round, and inspiring audiences and visitors with a breadth of bold, ambitious and engaging experiences. The Centre programs 52 weeks a year, seven days a week, supporting a diverse range of artists and communities. In attracting millions of visitors annually, it is a prime cultural hub nurturing public involvement in the arts through engaging the broadest possible audience.

Harbourfront Centre is responsible for all aspects of the operation of its ten-acre publicly accessible campus on Toronto’s central waterfront. It is a registered not-for-profit organization with charitable status. 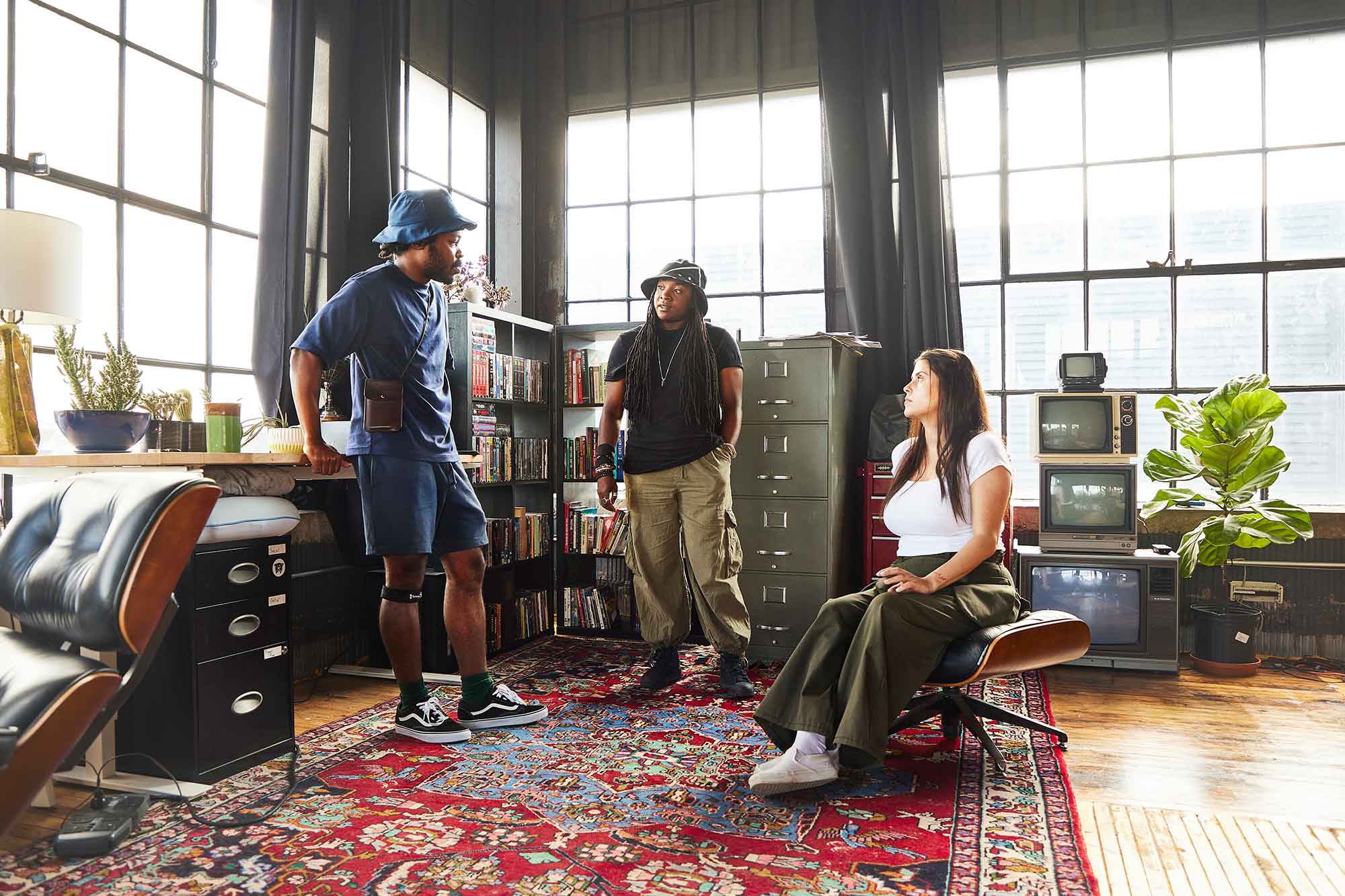 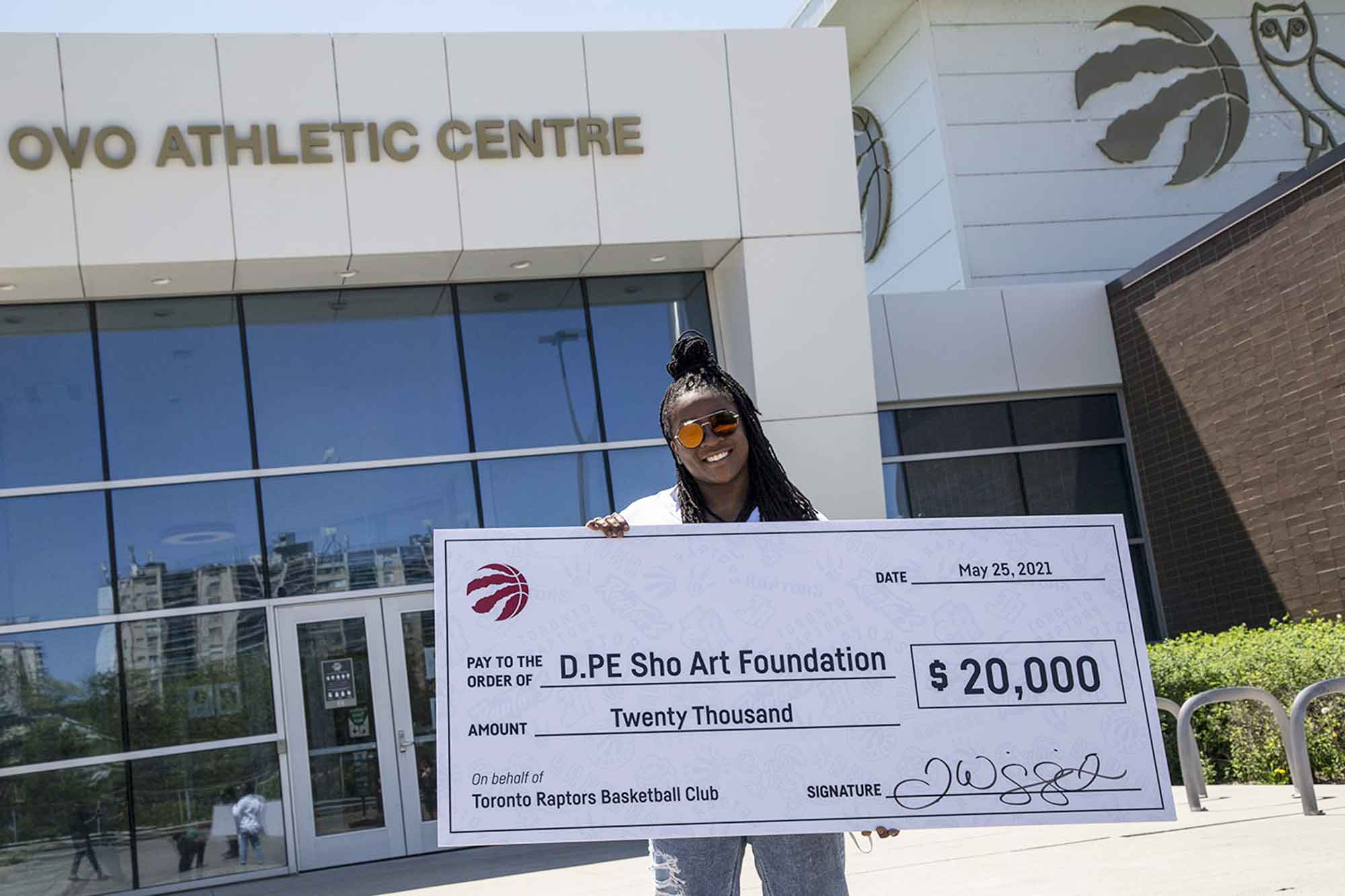 Raptors makes a statement against systemic racism and violence 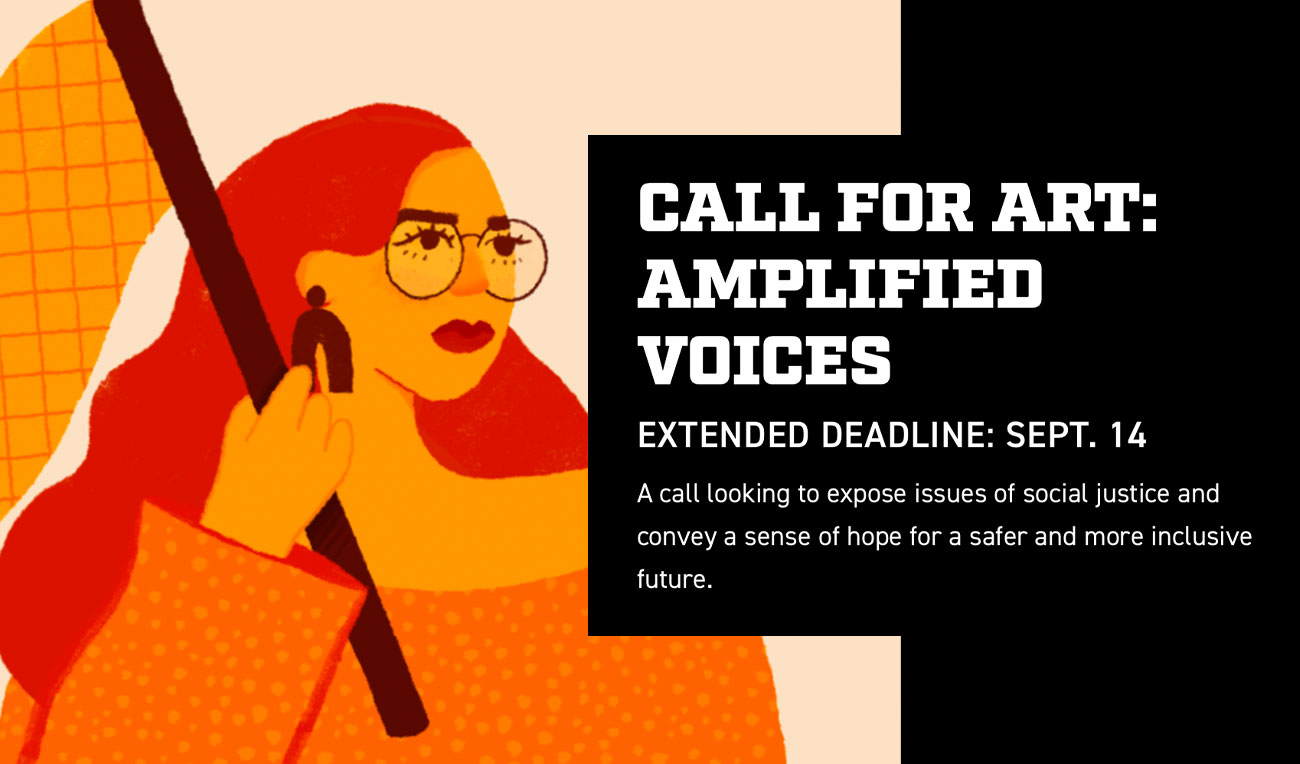 
Meet the new generation of curators who are defining the Toronto art scene, CBC Arts


Where art meets activism, The Varsity


Toronto Instagram stars get the spotlight at local gallery, blogTO